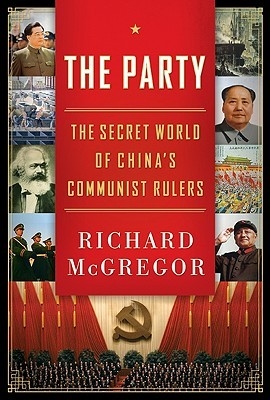 China's political and economic growth in the past three decades is one of astonishing, epochal dimensions. The country has undergone a remarkable transformation on a scale similar to that of the Industrial Revolution in the West. The most remarkable part of this transformation, however, has been left largely untold—the central role of the Chinese Communist Party.

As an organization alone, the Party is a phenomenon of unique scale and power. Its membership surpasses seventy-three million, and it does more than just rule a country. The Party not only has a grip on every aspect of government, from the largest, richest cities to the smallest far-flung villages in Tibet and Xinjiang, it also has a hold on all official religions, the media, and the military. The Party presides over large, wealthy state-owned businesses, and it exercises control over the selection of senior executives of all government companies, many of which are in the top tier of the Fortune 500 list.

In The Party, Richard McGregor delves deeply into China's inner sanctum for the first time, showing how the Communist Party controls the government, courts, media, and military, and how it keeps all corruption accusations against its members in-house. The Party's decisions have a global impact, yet the CPC remains a deeply secretive body, hostile to the law, unaccountable to anyone or anything other than its own internal tribunals. It is the world's only geopolitical rival of the United States, and is steadfastly poised to think the worst of the West.

In this provocative and illuminating account, Richard McGregor offers a captivating portrait of China's Communist Party, its grip on power and control over China, and its future.