Home Non Fiction A Fork in the Road 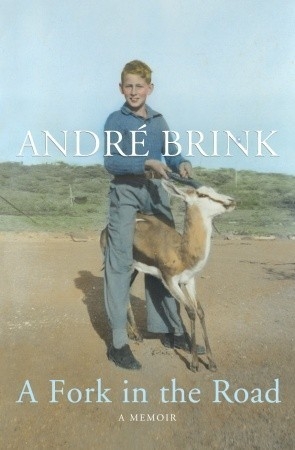 A Fork in the Road

André Brink grew up in the deep interior of South Africa, as his magistrate father moved from one dusty dorp to the next. With searing honesty he describes his conflicting experiences of growing up in a world where innocence was always surrounded by violence. From an early age he found in storytelling the means of reconciling the stark contrasts - between religion and play-acting, between the breathless discovery of a girl called Maureen and the merciless beating of a black boy, between a meeting with a dwarf who lived in a hole in the ground and an encounter with a magician who threatened to teach him what he hadn't bargained for.

While living in Paris in the sixties his discovery of a wider artistic life, allied to the exhilaration of the student uprising of 1968, confirmed in him the desire to become a writer. At the same time the tragedy of Sharpeville crystallised his growing political awareness and sparked the decision to return home and oppose the apartheid establishment with all his strength. This resulted in years of harassment by the South African secret police, in censorship, and in fractured relationships with many people close to him. Equally it led to extraordinary friendships sealed by meetings with leaders of the ANC in exile in both Africa and Europe.

André Brink tells the story of a life lived in tumultuous times. His long love affair with music, art, the theatre, literature and sport illuminate this memoir as do relationships with remarkable women, among them the poet Ingrid Jonker, who have shared and shaped his life, and encounters with people like Ariel Dorfman, Anna Netrebko, Nadine Gordimer, Günter Grass, Beyers Naudé, Desmond Tutu and Nelson Mandela. Above all, A Fork in the Road is a love song to the country where he was born, and where, despite its recent troubles and tragedies, he still lives.