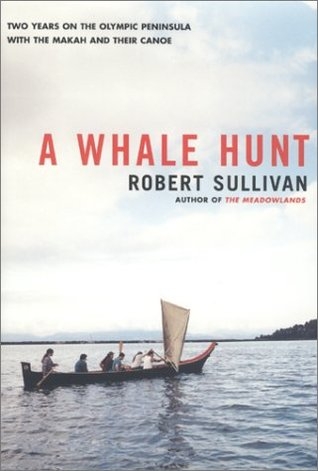 A gloriously idiosyncratic fusion of travelogue, ecology, history, moral controversy, and high-seas adventure from the acclaimed author of The Meadowlands. In the fall of 1997, Robert Sullivan arrived in Neah Bay, a tiny town on the most northwestern tip of America, home to the Makah, a Native American tribe. For centuries the hunting of the whale was what defined the tribe, but when commercial whaling drove the gray whale to near extinction in the 1920s, the Makah voluntarily discontinued their tradition and hung up their harpoons. In 1994, after the gray whale was taken off the endangered species list, the Makah decided to hunt again. Faced with the problems endemic to other reservations, including poverty, unemployment, and alcoholism, many Makah believed that a traditional whale hunt would inject their community with a new sense of pride and purpose. The problem was that all the old whalers were dead -- no one knew how to go about hunting a whale. During a sojourn that lasts longer than anyone could have predicted, Robert Sullivan chronicles the two years he spends in Neah Bay as the Makah prepare for and stage the first hunt. With a damp, plywood fisherman's shanty for lodging, Sullivan roams the spectacular surrounding wilderness, learns about ancient Northwest whaling traditions and the history of the Makah, follows the migratory path of the gray whale down the West Coast, and gets to know the crew and their beleaguered captain, Wayne Johnson. Combatting tribal infighting and inexperience, the crew must also face the passionate, furious animal rights activists and swarming reporters who besiege the once sleepy Neah Bay. Before the ragtag group of hunters evenpursues a whale, there are clashes, disappointments, and defeats, small triumphs and unexpected heroes -- all made vivid by Sullivan's keen eye for irony and his captivating, lyrical prose. Another legendary whale hunt becomes the fascinating and funny subtext to this tale as Sullivan notices eerie parallels -- and oppositions -- between the Makah's quest and the whaling classic Moby-Dick. A book of many layers and revelations, A Whale Hunt is the story of the demise and attempted resurrection of a Native American nation, and of the individuals on the reservation whose lives are forever changed.