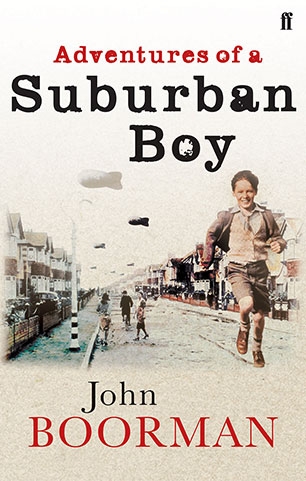 Adventures Of A Suburban Boy

In Adventures of a Suburban Boy, John Boorman, hailed by the Observer as 'arguably Britain's greatest living director', offers an enthralling memoir of a creative life spent turning dreams into celluloid, and money into light.

One of cinema's authentic visionaries, Boorman nevertheless enjoyed an archetypal English suburban boyhood in the 1940s and 50s, attending Catholic school and finding his first employment in a dry-cleaner's. But his abiding passion was for film, and he got his first break during the 'gold rush' era of British television in the 1960s. After directing several innovative documentaries for the BBC, he graduated to motion pictures, first filming pop stars The Dave Clark Five for Catch Us If You Can, before venturing to Los Angeles to make his first Hollywood picture - and his first masterpiece - Point Blank. The film inaugurated Boorman's profound friendship with star Lee Marvin, which also led to a second professional collaboration on Hell in the Pacific.

What follows are accounts of Boorman's joys and agonies in the making of such extraordinary pictures as the terrifying backwoods adventure Deliverance, the fantastical epics Zardoz and Exorcist II: The Heretic, the glorious Arthurian legend Excalibur, his magnificent drama of imperilled Amazonian tribes, The Emerald Forest, and his semi-autobiographical, multi-Oscar-nominated Hope and Glory. Among the many friends and collaborators of whom Boorman offers vivid portraits are Lee Marvin, Sean Connery, Richard Burton, Marcello Mastroianni, Burt Reynolds, Jon Voight, Helen Mirren and Nicol Williamson.