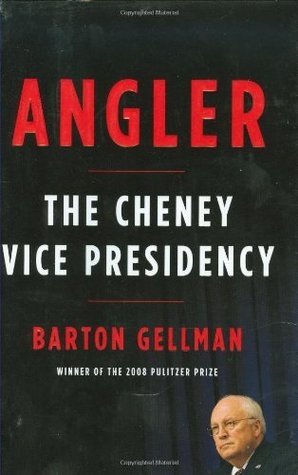 Dick Cheney changed history, defining his times and shaping a White House as no vice president has before— yet concealing most of his work from public view. Pulitzer Prize-winning Washington Post reporter Barton Gellman parts the curtains of secrecy to show how Cheney operated, why, and what he wrought.

Angler, Gellman’s embargoed and highly explosive book, is a work of careful, concrete, and original reporting backed by hundreds of interviews with close Cheney allies as well as rivals, many speaking candidly on the record for the first time. On the signature issues of war and peace, Angler takes readers behind the scenes as Cheney maneuvers for dominance on what he calls the iron issues from Iraq, Iran, and North Korea to executive supremacy, interrogation of Al Qaeda suspects, and domestic espionage. Gellman explores the behind-the- scenes story of Cheney’s tremendous influence on foreign policy, exposing how he misled the four ranking members of Congress with faulty intelligence on Iraqi weapons of mass destruction, how he derailed Bush from venturing into Israeli- Palestinian peace talks for nearly five years, and how his policy left North Korea and Iran free to make major advances in their nuclear programs.

Domestically, Gellman details Cheney’s role as “super Chief of Staff ”, enforcer of conservative orthodoxy; gatekeeper of Supreme Court nominees; referee of Cabinet turf; editor of tax and budget laws; and regulator in chief of the administration’s environment policy. We watch as Cheney, the ultimate Washington insider, leverages his influence within the Bush administration in order to implement his policy goals. Gellman’s discoveries will surprise even the most astute students of political science.

Above all, Angler is a study of the inner workings of the Bush administration and the vice president’s central role as the administration’s canniest power player. Gellman exposes the mechanics of Cheney’s largely successful post-September 11 campaign to win unchecked power for the commander in chief, and reflects upon, and perhaps changes, the legacy that Cheney—and the Bush administration as a whole—will leave as they exit office.