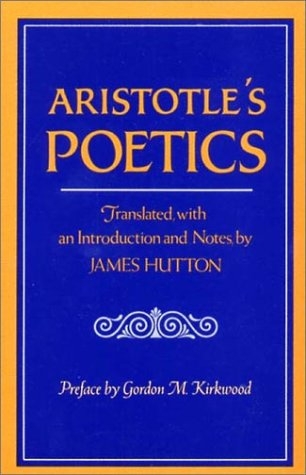 Here is a new translation, remarkable for its accuracy and refreshing clarity of exposition, of the first major work of literary criticism.

Aristotle's doctrines are basic to every critical discussion of Greek tragedy and of other literary forms. Although the Poetics has often been denounced or rejected, such rejection is usually the result of a misunderstanding of what Aristotle says. And that is where Hutton's work is uniquely important.

Commentators have long recognized the need to view the Poetics in the context of its creation and it re-emergence in the Renaissance. Few, if any, however, have had the necessary combination of talents that James Hutton possessed as an accomplished Hellenist with a particularly strong background in Greek philosophy, a graceful stylist in English, and a leading authority on the Renaissance humanists.

To supplement his translation, Hutton has provided full explanatory and glossarial notes. In his introduction he discusses the work in terms of Aristotelian thought and its Platonic roots, thereby correcting the dogmatism that often attends study of the Poetics. The introduction also fully outlines the work's historical influence.