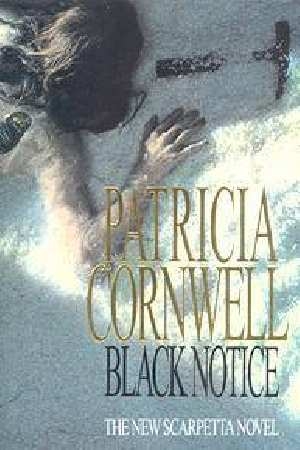 As winter grips Richmond, Virginia, an air of sombreness pervades chief medical examiner Kay Scarpetta's world. Her beloved niece Lucy is involved in a dangerous undercover police operation in Miami, and auntie fears for her life. A tyrannical new deputy chief, Diane Bray, wants to get Kay's department under her jurisdiction. Meanwhile, back at the office, someone has tinkered with the e-mail system, stealing Kay's identity and sending off slanderous and hurtful messages. Emotionally battered, Scarpetta fears she is going insane. Or, could it be that someone is deliberately sowing this harvest of sorrow?

Despite her personal problems, Scarpetta is still the reigning diva at the department of death. She is sent to investigate the purified remains of a man found inside a container ship, "eyes bulged froglike, and the scalp and beard were sloughing off with the outer layer of darkening skin." Kay finds strange, animal-like hairs on the man's clothing--the same hairs that she discovers on a murdered store clerk a few days later. In actuality, the bizarre killings extend well beyond Virginia; whoever killed the Richmond victims also butchered people in France. Kay and police captain Pete Marino are whisked off to Paris where they must collect top-secret information from a Paris morgue, and avoid becoming victims themselves.

This macabre tome is the stuff that classic Scarpetta tales are made of: creepy but compulsive autopsy scenes, plentiful plot twists and the compelling, if slightly more vulnerable, chief medical examiner herself. --Naomi Gesinger