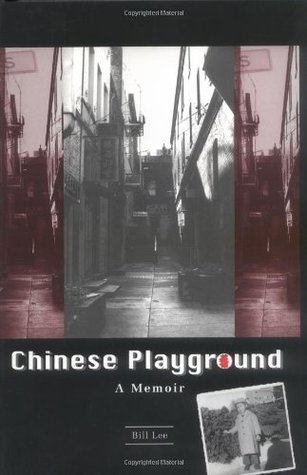 This startling and unsentimental recollection of childhood and coming of age in the back alleys and bustling streets of San Francisco's Chinatown reveals the sinister and pervasive influences of organized crime. Delivering an almost-casual expose into the underworld of an urban Chinatown, "Chinese Playground: A Memoir" traces author Bill Lee's maturation from innocent child in a troubled family to a street punk, gang member, and college graduate struggling to break free of his involvement in escalating violence. In a dark journey spanning forty years, Lee fights an ongoing battle against relentless childhood demons and nightmares, ultimately coming to terms with his past and peace with himself.

Lee's personal accounts of two high-profile murder incidents are engrossing. The 1977 Golden Dragon Massacre in San Francisco that left five dead and eleven wounded, was carried out by his blood-brothers who were engaged in the most violent Asian gang war in U.S. history. A decade later, a mad gunman killed seven and injured four at ESL, a high-tech firm in Sunnyvale, California where Lee was employed. An unlikely hero emerges as he accepts his fate, employing his street instincts to save co-workers during the murderous rampage.

A moving look at the murky histories of Lee's parents -- both Chinese immigrants -- adds depth to this story and poignantly points to typical family dysfunctions that contribute to confusion, fear and aggression in young people. The author's early recollections are seen through the eyes of an innocent boy who was nearly aborted and sold away. As a young gang member, his pain and fears are hidden beneath a tough, macho facade as he contends with gambling, drugs, extortion and murder. Entering adulthood, Lee's street savvy and dark view of the world manifests itself into an aggressive, win-at-any-costs attitude which he unleashes in Silicon Valley. Lee faces his biggest challenge when he returns to the streets of Chinatown in search of his runaway son and confronts his own dark past. Lee's determination to heal his soul and transform his life is inspiring.