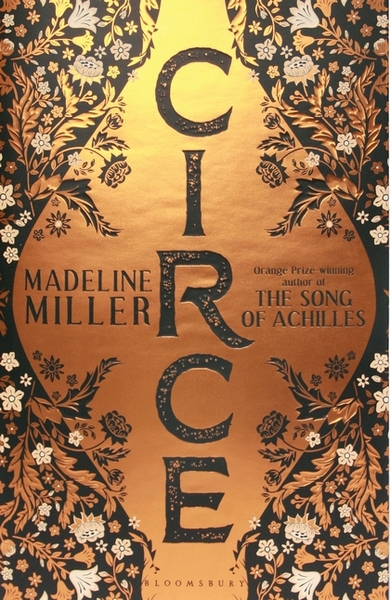 From the Orange Prize-winning, internationally bestselling author of The Song of Achilles comes the powerful story of the mythological witch Circe, inspired by Homer’s Odyssey.

When I was born, the name for what I was did not exist.

Circe is the daughter of Helios, the sun god, and Perse, a beautiful naiad. Yet from the moment of her birth, she is an outsider in her father’s halls, where the laughter of gossiping gods resounds. Named after a hawk for her yellow eyes and strange voice, she is mocked by her siblings – until her beloved brother Aeëtes is born.

Yet after her sister Pasiphae marries King Midas of Crete, Aeëtes is whisked away to rule his own island. More isolated than ever, Circe, who has never been divine enough for her family, becomes increasingly drawn to mortals – and when she meets Glaucus, a handsome young fisherman, she is captivated. Yet gods mingle with humans, and meddle with fate, at their peril.

In Circe, Madeline Miller breathes life once more into the ancient world, with the story of an outcast who overcomes scorn and banishment to transform herself into a formidable witch. Unfolding on Circe’s wild, abundant island of Aiaia, where the hillsides are aromatic with herbs, this is a magical, intoxicating epic of family rivalry, power struggles, love and loss – and a celebration of female strength in a man’s world.