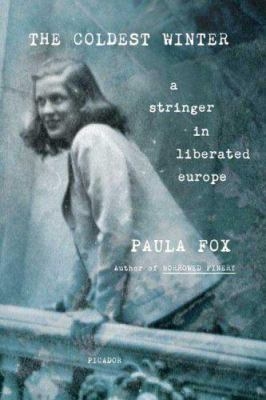 The Coldest Winter A Stringer In Liberated Europe

In this elegant and affecting companion to her “extraordinary” memoir, Borrowed Finery, a young writer flings herself into a Europe ravaged by the Second World War (The Boston Globe)

In 1946, Paula Fox walked up the gangplank of a partly reconverted Liberty with the classic American hope of finding experience—or perhaps salvation—in Europe. She was twenty-two years old, and would spend the next year moving among the ruins of London, Warsaw, Paris, Prague, Madrid, and other cities as a stringer for a small British news service.
In this lucid, affecting memoir, Fox describes her movements across Europe’s scrambled borders: unplanned trips to empty castles and ruined cathedrals, a stint in bombed-out Warsaw in the midst of the Communist election takeovers, and nights spent in apartments here and there with distant relatives, friends of friends, and in shabby pensions with little heat, each place echoing with the horrors of the war. A young woman alone, with neither a plan nor a reliable paycheck, Fox made her way with the rest of Europe as the continent rebuilt and rediscovered itself among the ruins.
Long revered as a novelist, Fox won over a new generation of readers with her previous memoir, Borrowed Finery. Now, with The Coldest Winter, she recounts another chapter of a life seemingly filled with stories—a rare, unsentimental glimpse of the world a