Home Non Fiction Cupid And The King Her Royal Highness 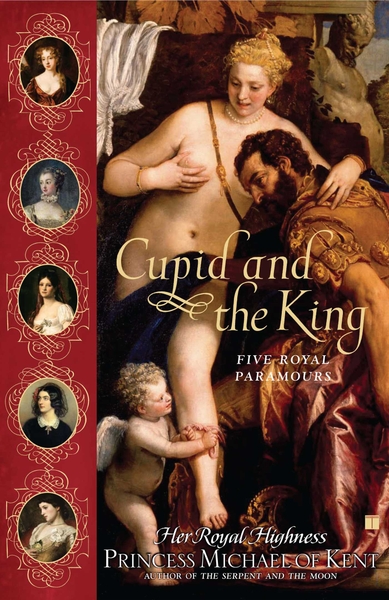 Cupid And The King Her Royal Highness

By: Princess Michael Of Ken

The royal European courts were unsurpassed for their glamour, wealth, fame, danger, treachery, and politics. The royal mistress was at the center of that world -- admired for her beauty and sensuality; feared for the power she wielded; even vilified, envied, and resented. In times when women had very little power, the royal mistress had enormous influence, and yet she is seldom mentioned in official histories.

In Cupid and the King, Her Royal Highness Princess Michael of Kent recounts the stories of five very different women, each of whom became a celebrated -- or notorious -- courtesan:

Nell Gwyn, the bawdy, vivacious orange seller turned actress who endeared herself to Charles II -- and the country -- with her wit and down-to-earth manner

Madame de Pompadour, the extravagant, elegant maitresse-en-titre of Louis XV who became one of the great patrons of her time while enraging the people of France

Marie Walewska, who became Napoleon's mistress to save her country

Lola Montez, the flamboyant, scandalous Irish beauty who reinvented herself as a Spanish aristocrat to win the heart of Ludwig I of Bavaria

Lillie Langtry, the legendary beauty immortalized by the most famous artists of her day and the only woman to completely monopolize Edward, Prince of Wales, later Edward VII

Written with an insider's keen understanding of court life and filled with delicious details born of impeccable research, Cupid and the King explores a little-known chapter of the history of women's roles in the royal bedrooms of Europe.