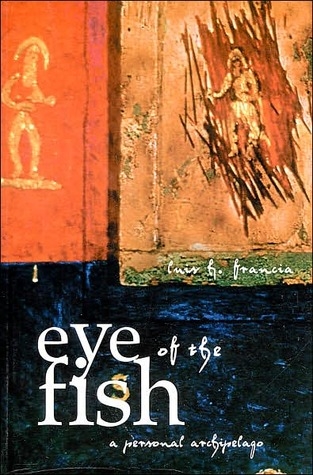 Eye of the Fish

The first of Luis H. Francia's books of non-fiction to be published in the United States, The Eye of the Fish paints a vivid and detailed portrait of the terror, beauty and insistent humanity of the Philippines of today. Cross-cutting between Francia's recollections of the Philippines of his youth and accounts of his travels through the archipelago over the past two decades, The Eye of the Fish takes us the length of the nation: from Batanes in the north to the Muslim Jolo and Marawi regions of the south, and from the rugged mountain hideaways of revolutionary freedom fighters to the well-appointed salons of the political and cultural elite. Painters and priests, island shamans and small-town politicians, cultists, feminists and infamous first ladies all make an appearance in this imaginative and idiosyncratic exploration of 'home.' Through their stories, and through his own memories of estrangement and acceptance in the Philippines and in the U.S., Francia reflects on the hybridity that is simultaneously the burden and the benediction of the Philippines--and of his own mestizo self.LUIS H. FRANCIA's nonfiction works include the memoir Eye of the Fish: A Personal Archipelago, winner of both the 2002 Open Book Award and the 2002 Asian American Writers award, and Memories of Overdevelopment: Reviews and Essays of Two Decades. His A History of the Philippines: From Indios Bravos to Filipinos was published in 2010. He is in the Library of America's Becoming Americans: Four Centuries of Immigrant Writing. He is the editor of Brown River, White Ocean: A Twentieth Century Anthology of Philippine Literature in English, and co-editor of Vestiges of War: The Philippine-American War and the Aftermath of an Imperial Dream, 1899-1999, as well as the literary anthology, Flippin': Filipinos on America. His latest collection of nonfiction, RE: Reflections, Reviews, and Recollections, is being published by the University of Santo Thomas and will be released in 2014.

Among his poetry collections are The Arctic Archipelago and Other Poems, Museum of Absences, and The Beauty of Ghosts. His poems have been included in numerous journals and anthologies, the latter including Returning a Borrowed Tongue, Language for a New Century, Field of Mirrors, and Love Rise Up!

The University of the Philippines Press is publishing his next volume of poems, Tattered Boat, due out in the spring of 2014.

He has been a regular contributor to The Village Voice and The Nation, and was the New York correspondent for Asiaweek and The Far Eastern Economic Review. He teaches at New York University and Hunter College. He teaches creative writing at the City University of Hong Kong and writes an online column, -The Artist Abroad, - for Manila's Philippine Daily Inquirer.