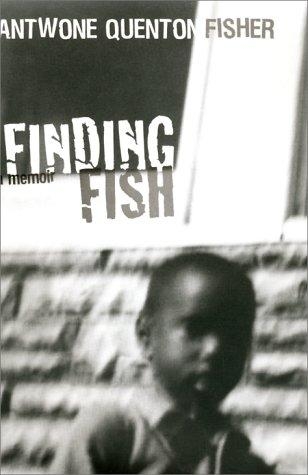 Soon to be a major motion picture starring and directed by Denzel Washington, Finding Fish is the memoir of Antwone Fisher's miraculous journey from abandonment and abuse to liberation, manhood, and extraordinary success -- a modern-day Oliver Twist.

Baby Boy Fisher -- as he was documented in his child welfare caseworkers' reports -- was raised in institutions from the moment of his birth in prison to a single mother. After beginning his life in an orphanage, Antwone was placed in a temporary foster home until, around age two, he was transferred to a second foster home. It was there, over the next thirteen years, that he endured emotional abandonment and physical abuse. Removed from this foster home not long before his sixteenth birthday, Antwone found fleeting refuge in a boys' reform school but was soon thrust into the nightmare of homelessness.

Though convinced he was unwanted and unworthy, Fish, as he came to be known, refused to allow his spirit to be broken. Instead, he became determined to raise himself, to listen to social workers and teachers who intervened on his behalf, and to nurture a romantic heart along with a scathing sense of humor and a wondrous imagination -- all of which sustained him with big dreams of a better day. Fatefully, just as Antwone's life on the streets hit rock bottom, he enlisted in the United States Navy, where he remained for the next eleven years. During that time, Fish became a man of the world, raised by the Navy family he created for himself.

Finding Fish shows how, out of this unlikely mix of deprivation and hope, an artist was born -- first as the child who painted the feelings his words dared not speak, then as a poet and storyteller who would eventually become one of Hollywood's most well-paid, sought-after screenwriters. But before he ascends those lofty steps, Antwone's story takes us from the Navy to his jobs as a federal correctional officer and then a security guard at Sony Pictures in Hollywood. In its climactic conclusion, the mystery of his identity is finally unraveled as Antwone returns to Cleveland to locate his mother's and father's surviving family members.