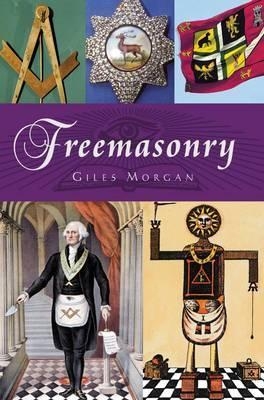 Freemasonry is one of the oldest secular brotherhoods in the world. Its past members have included kings, presidents, military leaders, writers and philosophers and today, there are over ten million members around the world.

The origins of Freemasonry have been variously associated with medieval stonemasons, the Knights Templar and even with a supposed secret order known as the Priory of Sion, guardians of the true nature of the Holy Grail. There are theories too, about older origins in the ancient mystery cults, or with the construction of the great Temple of Solomon in Jerusalem. Whatever the truth behind its origins, the history of Freemasonry has been full of drama and mystery. That it played a role in the American War of Independence and in the French Revolution is without doubt: and its influence has been detected in other diverse historical events.

To the outsider its rituals can sometimes appear obscure, pointless and baffling, or even sinister. Yet there is an intensely stratified and hierarchical structure which underpins most Masonic orders, and the utmost secrecy is still demanded of its members even though much of its tradition is now known to outsiders.

In this clearly laid out study, Giles Morgan examines both the realities and the myths behind the organization and distinguishes one from the other, at the same time, providing a concise and highly compelling account one of the world’s most secret society.