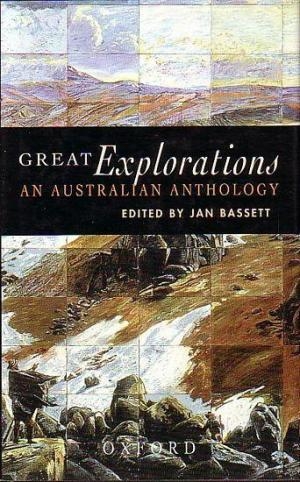 Explorers such as Charles Sturt, Thomas Livingstone Mitchell, Edward John Eyre, Ludwig Leichhardt, and Peter Egerton Warburton have cast long shadows across the Australian historical landscape. Their names have been etched on the minds of generations of school students in this country. Their writings, hailed as classics, have inspired countless other literary efforts, ranging from dreadful doggerel to brilliant prose. Jan Basset's anthology, made up of 90 extracts from an eclectic array of sources, follows the sweep of European exploration of Australia by sea and land, then moves on to New Guinea and the Antarctic. Along the way, we encounter extraordinary characters and witness amazing incidents. Willem de Vlamingh's men find a nest of rats off the Western Australian coast in 1696. A small party searches unsuccessfully in 1798 for the `New World' that convicts believed lay southwest of Sidney. Jane Franklin travels through the wilds of Van Diemen's Land in 1842. Several years later, the unfortunate John Ainsworth Horrocks is shot by his camel, while exploring in South Australia. In 1891, Jules Verne's fictitious heroine Dolly Branican follows Warburton's footsteps through the desert, as she searches for her long-lost husband. George Ernest Morrison's actual attempt in 1883 to cross New Guinea comes to a sticky ending. In 1954, the Antarctic explorer Phillip Law faces what appears to be `certain death' in icy seas. Great Explorations throws up a multiplicity of questions about, among other things, the ways in which the Australian colonies were settled, relationships between indigenous peoples and European explorers, interactions between humans and their environments, the development of various models of masculinity, and, perhaps above all, the powers of personal endurance. Many of the `journeys of discovery' represented here are, to borrow the words of the poet Francis Webb, `suggestive of another which is common to all'.