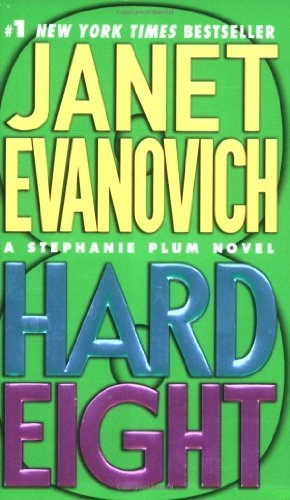 Fugitive Apprehension Agent Stephanie Plum has a big problem on her hands: Seven-year-old Annie Soder and her mother, Evelyn, have disappeared.

Evelyn's estranged husband, Steven, a shady owner of a seedy bar, is not at all happy. During the divorce proceedings, he and Evelyn signed a child custody bond, and Steven is demanding the money guaranteed by the bond to find Annie. The money was secured by a mortgage on Evelyn's grandmother's house, and the True Blue Bonds Bail Agency wants to take possession of the house.

Finding a kidnapped child is not an assignment for a bounty hunter. But Evelyn's grandmother lives next door to Stephanie's parents, and Stephanie's mother and grandmother are not about to see their neighbor lose her house because of abduction.

Even though Stephanie's plate is full with miscreants who missed their court dates, including old nemesis and violent drunk Andy Bender and an elusive little old lady accused of grand theft auto, she can't disappoint Grandma Mazur! So she follows the trail left by Annie and Evelyn-- and finds a lot more than she bargained for. Steven is somehow linked with a very scary Eddie Abruzzi. Trenton cop and on-again, off-again fiance Joe Morelli and Stephanie's mentor and tormentor, Ranger, warn Stephanie about Abruzzi, but it's Abruzzi's eyes and mannerisms that frighten Stephanie the most. Stephanie needs Ranger's savvy and expertise, and she's willing to accept his help to find Annie even though it might mean becoming too involved with Ranger.

Stephanie, Ranger, Lula (who's not going to miss riding with Ranger), and Evelyn's lawyer/laundromat manager set out to find Annie. The search turns out to be a race among Stephanie's posse, the True Blue Bonds' agent, a Rangerette known as Jeanne Ellen Burrows, and the Abruzzi crew. Not to mention the fact that there's a killer rabbit on the loose!

Strap on your helmet and get ready for the ride of your life. Hard Eight. The world of Plum has never been wilder.