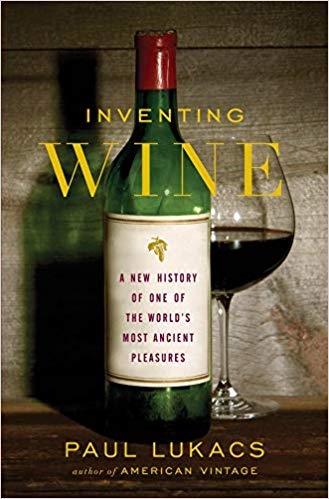 Drinking wine can be traced back 8,000 years, yet the wines we drink today are radically different from those made in earlier eras. While its basic chemistry remains largely the same, wine's social roles have changed fundamentally, being invented and reinvented many times over many centuries.

In Inventing Wine, Paul Lukacs tells the enticing story of wine's transformation from a source of spiritual and bodily nourishment to a foodstuff valued for the wide array of pleasures it can provide. He chronicles how the prototypes of contemporary wines first emerged when people began to have options of what to drink, and he demonstrates that people selected wine for dramatically different reasons than those expressed when doing so was a necessity rather than a choice.

During wine's long history, men and women imbued wine with different cultural meanings and invented different cultural roles for it to play. The power of such invention belonged both to those drinking wine and to those producing it. These included tastemakers like the medieval Cistercian monks of Burgundy who first thought of place as an important aspect of wine's identity; nineteenth-century writers such as Grimod de la Reyniere and Cyrus Redding who strived to give wine a rarefied aesthetic status; scientists like Louis Pasteur and Émile Peynaud who worked to help winemakers take more control over their craft; and a host of visionary vintners who aimed to produce better, more distinctive-tasting wines, eventually bringing high-quality wine to consumers around the globe.

By charting the changes in both wine's appreciation and its production, Lukacs offers a fascinating new way to look at the present as well as the past.