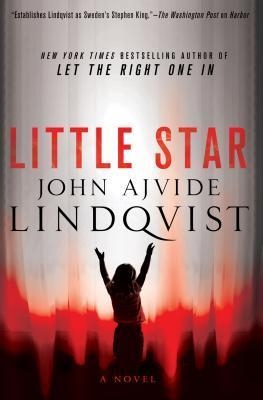 "Establishes Lindqvist as Sweden's Stephen King."--"The Washington Post "on "Harbor" John Ajvide Lindqvist has been crowned the heir apparent to Stephen King by numerous sources, and he is heralded around the globe as one of the most spectacularly talented horror writers working today. His first novel, "Let the Right One In, " is a cult classic that has been made into iconic films in both Sweden and in the United States. His second novel, "Handling the Undead, "is beloved by horror fans everywhere. His third novel, "Harbor," is a masterpiece that draws countless comparisons to Stephen King. Now, with "Little Star," his most profoundly unsettling book yet, Lindqvist treads previously unmarked territory. A man finds a baby in the woods, left for dead. He brings the baby home, and he and his wife raise the girl in their basement. When a shocking and catastrophic incident occurs, the couple's son Jerry whisks the girl away to Stockholm to start a new life. There, he enters her in a nationwide singing competition. Another young girl who's never fit in sees the performance on TV, and a spark is struck that will ignite the most terrifying duo in modern fiction. "Little Star" is an unforgettable portrait of adolescence, a modern-day "Carrie "for the age of internet bullies, offensive reality television, and overnight You Tube sensations. Chilling, unnerving, and petrifying, "Little Star "is Lindqvist's most disturbing book to date.