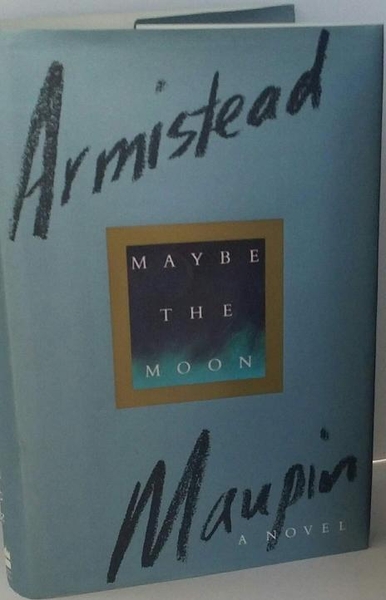 All of thirty-one inches tall, Cady is a true survivor in a town where — as she says — "you can die of encouragement." Her early starring role as a lovable elf in an immensely popular American film proved a major disappointment, since moviegoers never saw the face behind the stifling rubber suit she was required to wear. Now, after a decade of hollow promises from the Industry, she is reduced to performing at birthday parties and bat mitzvahs as she waits for the miracle that will finally make her a star.

In a series of mordantly funny journal entries, Maupin tracks his spunky heroine across the saffron-hazed wasteland of Los Angeles — from her all-too-infrequent meetings with agents and studio moguls to her regular harrowing encounters with small children, large dogs and human ignorance. Then one day a lanky piano player saunters into Cady's life, unleashing heady new emotions, and she finds herself going for broke, shooting the moon with a scheme so harebrained and daring that it just might succeed. Her accomplices in this venture are her dithery housemate, Renee, and her best friend, Jeff, a gay writer who sees Cady's struggle for visibility as a natural extension of his own war against the Hollywood Closet.

As clear-eyed as it is charming, Maybe the Moon is a modern parable about the mythology of the movies and the toll it exacts from it participants on both sides of the screen. It is a work that speaks to the resilience of the human spirit from a perspective rarely found in literature.