Home Non Fiction The Measure Of A Man 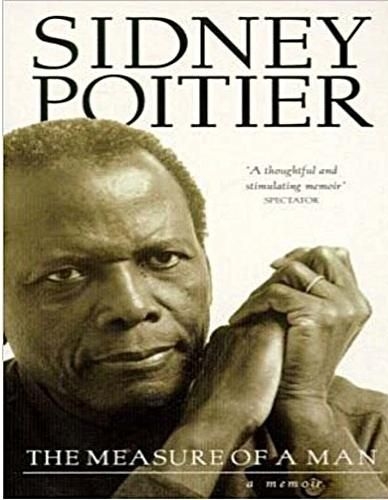 The Measure Of A Man

In this luminous memoir, a true American icon looks back on his celebrated life and career.  His body of work is arguable the most morally significant in cinematic history, and the power and influence of that work are indicative of the character of the man behind the many storied roles. Here, Sidney Poitier explores these elements of character and personal values to take his own measure - as a man, as a husband, and father, and as an actor.

Poitier was uncompromising as he pursued a personal and public life that would honor his upbringing and the invaluable legacy of his parents. Committed to the notion that what one does for a living articulates who one is, Poitier played only forceful and affecting characters who said something positive, useful, and lasting about the human condition.

Here, finally, is Poitier's own introspective look at what has informed his performances and his life. Poitier explores the nature of sacrifice and commitment, pride and humility, rage and forgiveness, and paying the price for artistic integrity. What emerges is a picture of a man seeking truth, passion, and balance in the face of limits his own and the world's. A triumph of the spirit, The Measure of a Man captures the essential Poitier.

Author Biography: Sidney Poitier was the first and remains the only African American actor to win the Academy Award for Best Actor for his outstanding performance in Lilies of the Field in 1963, but he believes that will soon change, given the excellence of African-American talent in the industry today. He has starred in over forty films, directed nine, and written four. His landmark films include TheDefiant Ones, A Patch of Blue, Guess Who's Coming to Dinner, and To Sir, With Love. Among his many accolades, he has recently been selected as the thirty-sixth recipient of the Screen Actors Guild's highest honor, the Life Achievement Award for an outstanding career and humanitarian accomplishment.