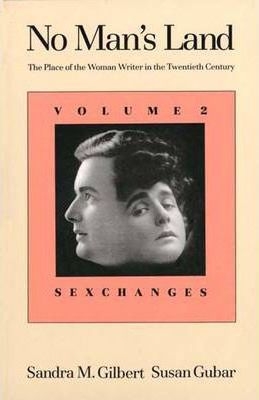 What might sex be, and what could sex roles be, in the midst of a war between men and women? What is a "woman," a "man," an "androgyne"? Such questions haunt the works Gilbert and Gubar study in Sexchanges, the second volume of their landmark trilogy No Man's Land. Investigating the connections between the feminine and the modern made by writers from Rider Haggard, Olive Schreiner, and Kate Chopin to Edith Wharton, Willa Cather, D.H. Lawrence, Virginia Woolf, T.S. Eliot, and Caryl Churchill, they show that the "no man's land" of the Great War became a metaphor for a crisis of masculinity-a crisis that was already associated with the decline of imperialism and the rise of the femme fatale at the fin de siecle, with the newly visible lesbian literary community that was formed in those years and with what many thinkers increasingly understood to be the artifice of gender. Throughout this century, the therefore argue, images of sexchanges-explored in fictions about transvestism and transsexualism-constituted a set of striking tropes through which male and female writers sought to combat one another's conceptions of the relation between anatomy and destiny.

"[This book] will set the direction of feminist criticism for the nest generation of students and scholars."-Walter Kendrick, New York Times Book Review

"For the scholar, it will become an indispensable critical text, but it also will reward the thoughtful general reader with a great deal of insight into this extraordinarily complex century in which we live."-Deirdre Bair, Philadelphia Inquirer

"A provocative work, characterized by . . . wit and erudition."-Elyse Blankley, Women's Review of Books