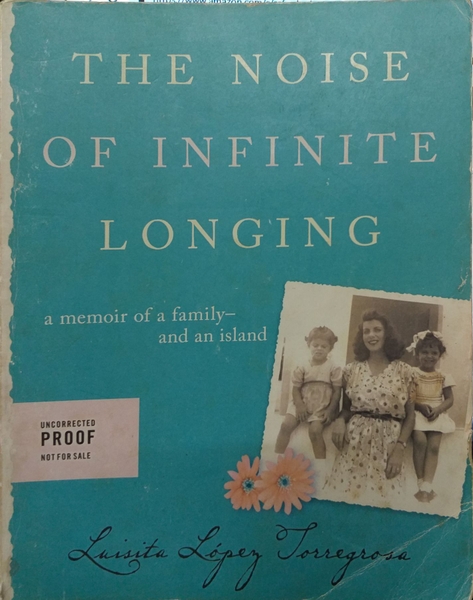 The Noise Of Infinite Longing

"The Noise of Infinite Longing is about a Puerto Rican family, its origins, its place in society, its illusions, and, finally, what happened when the family dispersed, its members moving in different directions. It is a story unlike any others about the passage of Puerto Ricans and other Latin Americans to countries not their own. But it is, in every sense, a universal story -- of personal and cultural roots that are too strong to be completely severed, and of the passionate and anguished search for what we call home. The book opens with the death of Luisita's mother, which brings together in one place, for the first time in almost ten years, all six of her children. Over four days of funeral arrangements, burial, and mourning, the family's and children's stories unfold, beginning with their parents' doomed romance set against the backdrop of upper-middle-class San Juan society and the traditions and class differences that ruled such a community. Out of a childhood of privilege and pain, one of Luisita's sisters joins the Sandinista government in Nicaragua; their brother hungers for the life of a rock-and-roll performer but ends up a teacher in the Bronx; Luisita becomes a writer and editor and travels the far regions of the world, always looking for a place to call her own. The siblings experience a journey of exile from the family's native land, and they must deal with the wrenching pull it has on them.

With the perspective that the years afford us, the story draws an arc that begins with the conquest of Puerto Rico and fades into the present. The island itself is a character here, misunderstood and often neglected but intensely vivid, larger by far than its size andimportance in the global arena. Characters in the family's past illuminate the island's history and shed light on its present. But, ultimately, this is a story of human struggle played out against the everyday joys and disappointments of life, and the myths and dreams that sustain us.