Home Non Fiction Oh The Glory Of It All 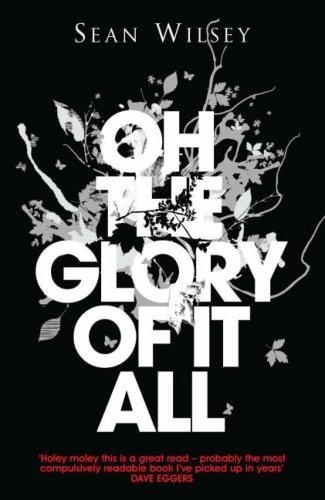 Oh The Glory Of It All

"A memoir, at its heart, is written in order to figure out who you are," writes Sean Wilsey, and indeed, Oh the Glory of it All is compelling proof of his exhaustive personal quest. It's no surprise that as a kid in the '80s, Wilsey found similarities between his own life and his beloved Lord of the Rings and Star Wars--his journey was fraught with unnerving characters too.

Wilsey's father was a distant, wealthy man who used a helicopter when a moped would do and whose mandates included squeegeeing the stall after every shower. Much of Wilsey's youth was spent as subservient to, or rebelling against this imposing man. But the maternal figures in Wilsey's childhood were no less affecting. His mother, a San Francisco society butterfly turned globe-trotting peace promoter, seemed to behave only in extremes--either trying to convince young Sean to commit suicide with her, or arranging impromptu meetings with the Pope and Mikhail Gorbachev. And Dede, his demon of a stepmother, would have made the Brothers Grimm shiver.

As always with memoirs one must take expansive sections of recalled dialogue with a grain of salt, but Wilsey's short, unflinching sentences keep his outlandish story moving too quickly for much quibbling. In the end, Wilsey says, "It took the unlikely combination of the three of them--mother, father, stepmother--to make me who I am." It's a fairly basic conclusion after 479 pages of turning every stone, but it's also one that renders his story--more than shocking or glorious--human.