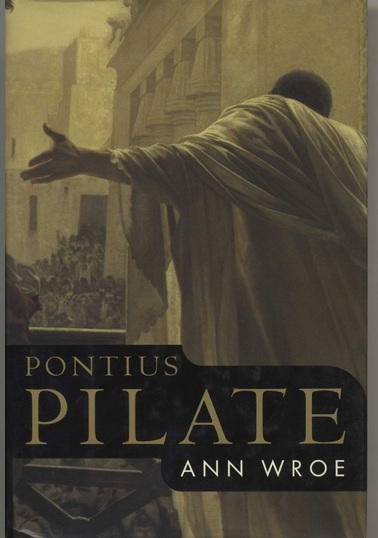 Pontius Pilate arrived in Judaea in the year 26, sent to collect taxes and oversee the firm establishment of Roman law. His ten-year term was a time of relative peace in this fractious new outpost of the Roman Empire, where violence was not uncommon. He was not loved and not quite feared, and might have vanished into obscurity had he not come to preside, with some reluctance, over the most famous trial in history.

In this brilliant biography, a finalist for the Samuel Johnson Prize and a masterpiece of scholarship and imagination, Ann Wroe brings Pilate and his world to life. Working from classical sources, she reconstructs his origins and upbringing, his career in the military and life in Rome, his confrontation with Christ, and his long journey home. We catch glimpses of him pacing the marble floors in Caesarea, sharpening his stylus, getting dressed shortly before sunrise on the day that would seal his place in history. What were the pressures on Pilate that day? What did he really think of Jesus? Pontius Pilate lets us see Christ's trial for the first time, in all its confusion, from the point of view of his executioner.

Pontius Pilate is a historical figure, like Cleopatra and Alexander, who has been endlessly mythologized through the ages. For some he is a saint, for others the embodiment of human weakness, an archetypal politician willing to sacrifice one man for the sake of stability. Each generation has pressed onto Pilate the imprint of its anxieties and its faith. He has haunted—and continues to haunt—our imagination. From the Evangelists and the Copts (for whom he was a saint, martyred himself on the Cross) to more recent philosophers, artists, novelists, and politicians, Pilate has been resurrected in different guises for two thousand years. Ann Wroe brings man and myth to life in a book that expands the possibilities of the biographical form and deepens our understanding of the mysteries of faith.

It has often been said that Pontius Pilate was fingered by God to carry out the divine plan of salvation, just as clearly as Christ was. Ann Wroe shows how, in his hesitation before God, in his skepticism, his anxiety to do his job and exonerate himself of guilt, Pilate's story is very much our own.