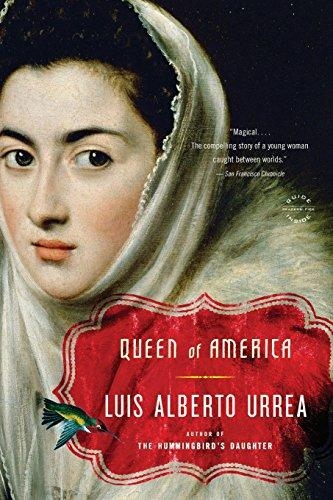 At turns heartbreaking, uplifting, fiercely romantic, and riotously funny, QUEEN OF AMERICA tells the unforgettable story of a young woman coming of age and finding her place in a new world. Beginning where Luis Alberto Urrea's bestselling The Hummingbird's Daughter left off, QUEEN OF AMERICA finds young Teresita Urrea, beloved healer and "Saint of Cabora," with her father in 1892 Arizona. But, besieged by pilgrims in desperate need of her healing powers, and pursued by assassins, she has no choice but to flee the borderlands and embark on an extraordinary journey into the heart of turn-of-the-century America.
Teresita's passage will take her to New York, San Francisco, and St. Louis, where she will encounter European royalty, Cuban poets, beauty queens, anxious immigrants and grand tycoons-and, among them, a man who will force Teresita to finally ask herself the ultimate question: is a saint allowed to fall in love?