Home Vietnam & Southeast Asia Singapore is not an Island 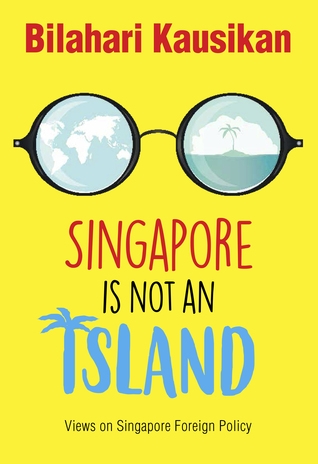 Singapore is not an Island

“Diplomacy is not about being nice, polite or agreeable. It is fundamentally about protecting and promoting the country’s interests, preferably by being nice but, if necessary, by other appropriate means.” —Bilahari Kausikan

Small states are always vulnerable. It is this sense of vulnerability that keeps Singapore alert. As a small country in Southeast Asia seeking to survive and prosper, Singapore cannot be ordinary. It must be extraordinary. Otherwise, why would anyone want to deal with Singapore rather than with larger countries? Herein lies the central challenge for Singapore in every area, including foreign policy.

Singapore is Not An Island: Views on Singapore Foreign Policy is a compilation of essays and public speeches by Bilahari Kausikan over the last 25 years. His is a frank and ispassionate assessment of the geopolitical realities to date, and the uncertainties that have emerged. It is for anyone interested to know about protecting Singapore’s interests, nicely or otherwise, in a rapidly changing and complex world.

The book, to be launched on 21 June 2017 by Professor S Jayakumar, will be supported by an aggressive print advertisement campaign in The Straits Times, Business Times and The New Paper from 22 to 30 June 2017.

“Bilahari is one of the finest minds in Singapore’s public service. His unvarnished analysis of foreign policy trends is refreshing as are his thoughts on what they portend for Singapore. This collection should interest anyone who seeks an insight to Singapore’s foreign policy.”
—Prof S Jayakumar, Former Senior Minister (2009-2011), Deputy Prime Minister (2004–2009) and Minister for Foreign Affairs (1994–2004), Singapore

About the Author | Bilahari P S Kausikan is a veteran Singapore diplomat who retired in 2013, after serving in the Ministry of Foreign Affairs (MFA) for 32 years. He was Second Permanent Secretary and subsequently Permanent Secretary of MFA from 2001 to 2013. He is now Ambassador-at-Large. Bilahari is known nationally and internationally for his strategic analyses, and has a following in international foreign policy circles. He has also established a reputation in social media circles, especially among young Singaporeans.

About the Editor | Tan Lian Choo joined The Straits Times in 1973 and later reported extensively on Southeast Asia. Winner of the Asia Press Foundation Mitsubishi Asian Journalist of the Year 1984, she was conferred the 1990 Asean Award for Communication for her outstanding achievements and contributions to journalism. In 1995, she joined MFA, serving as the ministry’s first Director of Public Affairs, Spokesperson for the Ministry and Press Secretary to the Foreign Minister. Her latter overseas diplomatic assignments included being Singapore’s Permanent Delegate to UNESCO in Paris (2007–2009) and Head of Mission, Singapore Embassy in Brasilia, Brazil (2012–2015). She retired from the Singapore Foreign Service in 2015.