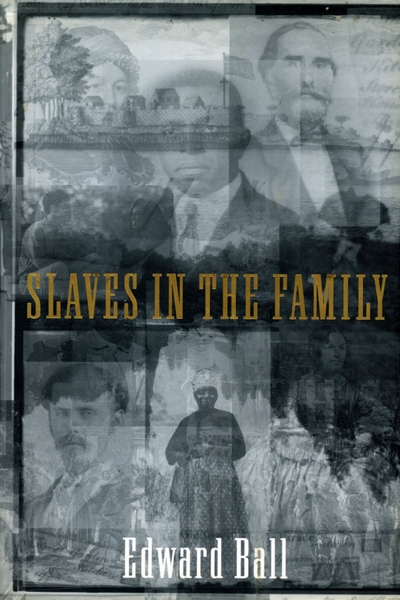 Slaves In The Family

In 1698, Elias Ball traveled from his home in Devon, England, to Charleston, South Carolina, to take possession of his inheritance: part of a plantation and 20 slaves. Elias and his progeny built an American dynasty that lasted for six generations, acquiring more than 20 plantations and enslaving close to four thousand Africans and African Americans until 1865, when Union troops arrived on the lawns of the Balls' estates to force emancipation.Edward Ball, a descendant of Elias, has written a nonfiction American saga that is part history, part journey of discovery. Ball chronicles the lives of the people who lived in his ancestors' lands: the violence and the opulence, the slave uprisings and escapes, the white and black heroes of the American Revolution, the mulatto children of Ball masters and "Ball slaves, " and the culminating shock of the Civil War. He reconstructs the genealogies of slave families— from the first African captives, through ten generations, to the present— and travels to Sier Leone to visit a prison from which his family once bought workers.

Most remarkable of all, Ball has traveled all over the United States to meet descendants of Ball slaves (who number between 75,000 and 100,000 living Americans). In a series of memorable encounters, Ball hears from black families— some of whom are his blood kin— their stories, passions, and dreams, and reveals how the effects of slavery live on in black and white life and memory. "Slaves In the Family" is a microcosm of America's defining national experience, a story of people confronting their inescapable common history.