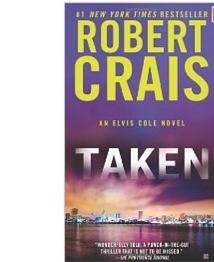 When Nita Morales hires Elvis Cole to find her missing adult daughter, she isn’t afraid, even though she’s gotten a phone call asking for ransom. She knows it’s a fake, that her daughter is off with the guy Nita will only call "that boy," and that they need money: "Even smart girls do stupid things when they think a boy loves them."

But Nita is wrong. The girl and her boyfriend have been taken by bajadores – bandits who prey on other bandits, border professionals who prey not only on innocent victims, but on each other. They steal drugs, guns, and people – buying and selling victims like commodities, and killing the ones they can’t get a price for.

Elvis Cole and Joe Pike find the spot where they were taken. There are tire tracks, bullet casings, and bloodstains. They know things look as bad as possible. But they are wrong, too. It is about to get worse. Going undercover to find the two young people and buy them back, Cole himself is taken, and now it is up to Joe Pike to retrace Cole’s steps, burning through the hard and murderous world of human traffickers to find his friend.

But he may already be too late..