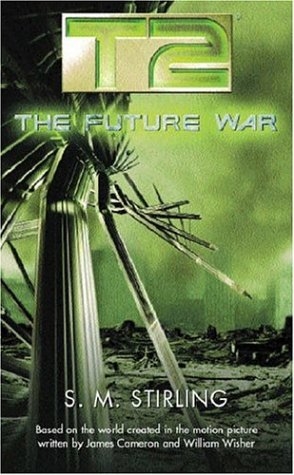 The future war is now. Hiding out in Alaska, Sarah and John Connor, along with ex-counterterrorist agent, Dieter von Rossbach, are playing a waiting game -- trying to live their lives but ever watchful of Cyberdyne Corporation and the possibility of Skynet, the artificial intelligence network destined to destroy the world as we know it. They've fought for years to prevent this, and now, believing that John's love, Wendy, sacrificed herself to successfully prevent Skynet from becoming sentient, they think humanity may finally have a chance to survive.

Then the United States government announces that all military and communications systems will be placed under the command of a brand-new, extremely powerful Artificial Intelligence named Skynet, effective immediately.

Racing desperately to alert their allies, the Connors discover that Wendy's sacrifice was in vain -- far from being harmless, Skynet is active, sentient, and ready to terminate the human nuisance once and for all. Engineered by the relentless AI, the apocalypse of Judgment Day turns cities into deathtraps and releases mass destruction across the globe.

In the nuclear winter that follows, our world changes forever: Cities become deathtraps of disease and famine patrolled by implacable machines, the first Hunter-Killer and T-90 Terminator units begin to exterminate their human prey, and all human life faces a desperate battle for survival against a seemingly unstoppable enemy.

But there is still one rallying cry of hope, one man who will step to the forefront of the long fight to keep humanity from extinction: John Connor.