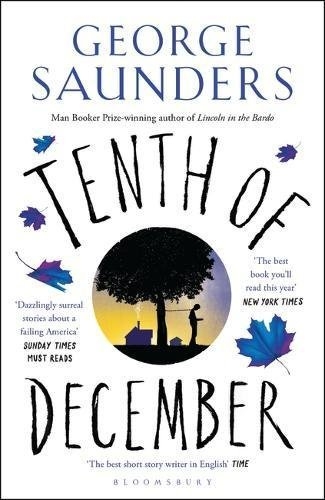 A new story collection, the first in six years, from one of our greatest living writers, MacArthur "genius grant" recipient and New Yorker contributor George Saunders.

George Saunders, one of our most important writers, is back with a masterful, deeply felt collection that takes his literary powers to a new level. In a recent interview, when asked how he saw the role of the writer, Saunders said: "To me, the writer's main job is to make the story unscroll in such a way that the reader is snared-she's right there, seeing things happen and caring about them. And if you dedicate yourself to this job, the meanings more or less take care of themselves." In Tenth of December, the reader is always right there, and the meanings are beautiful and profound and abundant. The title story is an exquisite, moving account of the intersection, at a frozen lake in the woods, of a young misfit and a middle-aged cancer patient who goes there to commit suicide, only to end up saving the boy's life. "Home" is the often funny, often poignant account of a soldier returning from the war. And "Victory Lap" is a taut, inventive story about the attempted abduction of a teenage girl. In all, Tenth of December is George Saunders at his absolute best, a collection of stories and characters that add up to something deep, irreducible, and uniquely American.