Home Fiction The Devolution of Suspect 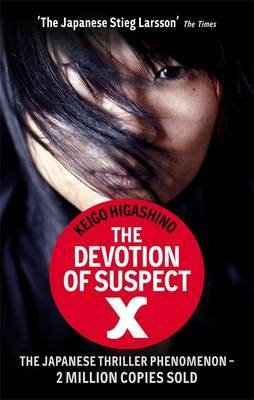 The Devolution of Suspect

The Devotion Of Suspect X (known as Yogisha X No Kenshin in Japanese) is a mystery novel. It narrates the story of Yasuko Hanaoka, a single mother who lives in Tokyo. The story mainly revolves around the battle of wits between a mathematician and a physicist.Yasuko Hanaoka works in a Bento shop, and her neighbor, Tetsuya Ishigami, a genius mathematician, falls in love with her.Shinji Togashi, her ex-husband, enters her life again and tries to destroy everything that she has built up. In a fit of rage and in self defense, she murders him. Cornered and helpless, she is then helped by the brilliant Ishigami, who devises a plan to cover up the murder.Shunpei Kusanagi, a detective with the Tokyo Police, is given the task of decoding the mysterious events of that fateful day, but he is left stumped by the puzzling circumstances that he has been called upon to investigate.Kusanagi often seeks the help of his friend, a genius physicist named Manabu Yukawa, in solving seemingly impossible cases. But this time, Yukawa secretly decides to take matters into his own hands to help his old friend Ishigami, who is involved in the mysterious case.Kusanagi seems to have hit a dead end in solving this puzzling case, but whether the genius of Yukawa succeeds is something that remains to be seen.The Devotion of Suspect X was highly acclaimed and won Higashino many coveted awards including the 134th Naoki Prize and the 6th Honkaku Mystery Grand Prize. It was also awarded the number one status by the 2006 editions of Kono Mystery ga Sugoi! and Honkaku Mystery Best 10, two mystery fiction guidebooks published annually in Japan. In the year 2008, it was made into a Japanese film directed by Hiroshi Nishitani. A Korean film adaptation is also in the pipeline as of May 2012.About Keigo HigashinoKeigo Higashino is a Japanese author, and is well-known for his work in the genre of mystery. His novels are originally written in Japanese.His other works include Hokago, Himitsu, Henshin, Y