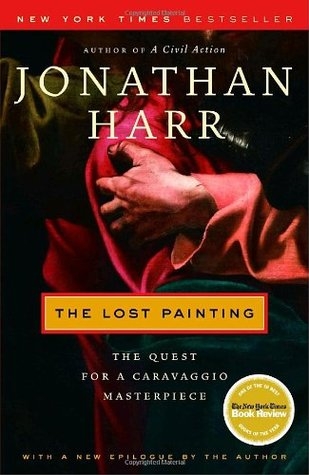 An Italian village on a hilltop near the Adriatic coast, a decaying palazzo facing the sea, and in the basement, cobwebbed and dusty, lit by a single bulb, an archive unknown to scholars. Here, a young graduate student from Rome, Francesca Cappelletti, makes a discovery that inspires a search for a work of art of incalculable value, a painting lost for almost two centuries.

The artist was Caravaggio, a master of the Italian Baroque. He was a genius, a revolutionary painter, and a man beset by personal demons. Four hundred years ago, he drank and brawled in the taverns and streets of Rome, moving from one rooming house to another, constantly in and out of jail, all the while painting works of transcendent emotional and visual power. He rose from obscurity to fame and wealth, but success didn't alter his violent temperament. His rage finally led him to commit murder, forcing him to flee Rome a hunted man. He died young, alone, and under strange circumstances.

Caravaggio scholars estimate that between sixty and eighty of his works are in existence today. Many others -- no one knows the precise number -- have been lost to time. Somewhere, surely, a masterpiece lies forgotten in a storeroom, or in a small parish church, or hanging above a fireplace, mistaken for a mere copy.

Jonathan Harr embarks on a journey to discover the long-lost painting known as The Taking of Christ -- its mysterious fate and the circumstances of its disappearance have captivated Caravaggio devotees for years. After Francesca Cappelletti stumbles across a clue in that dusty archive, she tracks the painting across a continent and hundreds of years of history. But it is not until she meets Sergio Benedetti, an art restorer working in Ireland, that she finally manages to assemble all the pieces of the puzzle.