Home Fiction The Other Side of the Bridge 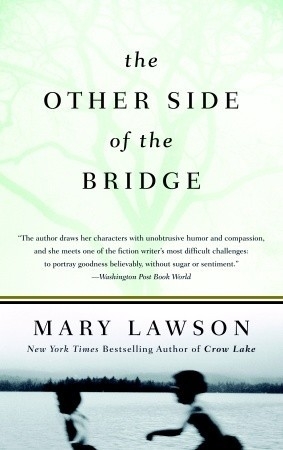 The Other Side of the Bridge

From the author of the beloved #1 national bestseller Crow Lake comes an exceptional new novel of jealously, rivalry and the dangerous power of obsession.

Two brothers, Arthur and Jake Dunn, are the sons of a farmer in the mid-1930s, when life is tough and another world war is looming. Arthur is reticent, solid, dutiful and set to inherit the farm and his father’s character; Jake is younger, attractive, mercurial and dangerous to know – the family misfit. When a beautiful young woman comes into the community, the fragile balance of sibling rivalry tips over the edge.

Then there is Ian, the family’s next generation, and far too sure he knows the difference between right and wrong. By now it is the fifties, and the world has changed – a little, but not enough.

These two generations in the small town of Struan, Ontario, are tragically interlocked, linked by fate and community but separated by a war which devours its young men – its unimaginable horror reaching right into the heart of this remote corner of an empire. With her astonishing ability to turn the ratchet of tension slowly and delicately, Lawson builds their story to a shocking climax. Taut with apprehension, surprising us with moments of tenderness and humour, The Other Side of the Bridge is a compelling, humane and vividly evoked novel with an irresistible emotional undertow.

Arthur found himself staring down at the knife embedded in his foot. There was a surreal split second before the blood started to well up and then up it came, dark and thick as syrup.

Arthur looked at Jake and saw that he was staring at the knife. His expression was one of surprise, and this was something that Arthur wondered about later too. Was Jake surprised because he had never considered the possibility that he might be a less than perfect shot? Did he have that much confidence in himself, that little self-doubt?

Or was he merely surprised at how easy it was to give in to an impulse, and carry through the thought which lay in your mind? Simply to do whatever you wanted to do, and damn the consequences.
–from The Other Side of the Bridge