Home Fiction The Scandal of the Season 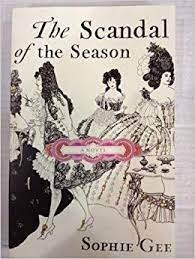 The Scandal of the Season

London, 1711. As the rich, young offspring of the city's most fashionable families þll their days with masquerade balls and clandestine court-ships, Arabella Fermor and Robert, Lord Petre, lead the pursuit of pleasure. Beautiful and vain, Arabella is a clever coquette with a large circle of beaus. Lord Petre, seventh Baron of Ingatestone, is a man-about-town with his choice of mistresses. Drawn together by an overpowering attraction, the two begin an illicit affair.

Alexander Pope, sickly and nearly penniless, is peripheral by birth, yet his uncommon wit and ambition gain him unlikely entrance into high society. Once there, privy to every nuance and drama, he is a ruthless observer. He longs for the success that will cement his place in society; all he needs is one poem grand enough to make his reputation.

As the forbidden passion between Arabella and Lord Petre deepens, an intrigue of a darker nature threatens to overtake them. Fortunes change and reputations -- even lives -- are imperiled. In the aftermath, Pope discovers the idea for a daring poem that will catapult him to fame and fortune.