Home Non Fiction This Terrible Business Has Been Good To Me 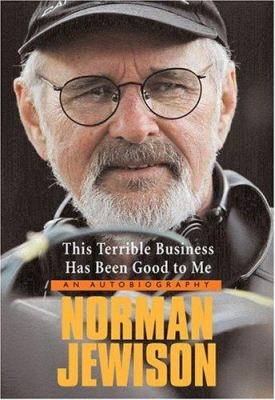 This Terrible Business Has Been Good To Me

"For over forty years, Norman Jewison has been one of Hollywood's preeminent storytellers. His films have spanned every genre, from drama to comedy to musical to action, and have been embraced by audiences and critics alike. Throughout his career, Jewison has shown an honesty, humor, and unflappable spirit that have made him one of Hollywood's best-loved and most successful directors, culminating in an Academy Award for Lifetime Achievement in 1999." "In this autobiography, Jewison reveals how he went from a quiet childhood in Canada to the heady world of entertainment, working with the biggest stars and winning some of the most sought-after awards. He began his career in television, earning three Emmy Awards for his work with luminaries such as Harry Belafonte, Judy Garland, and Frank Sinatra, but soon made the move to the big screen. In Hollywood, he started out directing romantic comedies with Doris Day and Rock Hudson, but soon proved himself adept as an independent filmmaker with The Cincinnati Kid, starring a young Steve McQueen." "No matter what genre, Jewison's films were career highlights for countless actors, and he offers never before told tales of his own working relationships with the stars and studios. How did he, a Canadian-Christian, get to direct the hit musical Fiddler on the Roof? How did the rugged, motorcycle-riding Steve McQueen convince Jewison he could play the sophisticated Thomas Crown? How did Jewison help invent the futuristic sort of Rollerball? How did Moonstruck reverse a box office curse and go on to become a smash success and multiple Oscar-winner?" This Terrible Business Has Been Good to Me reveals the little-known details in these funny, charming stories of life on the other side of the camera that are sure to become the stuff of Hollywood legend.