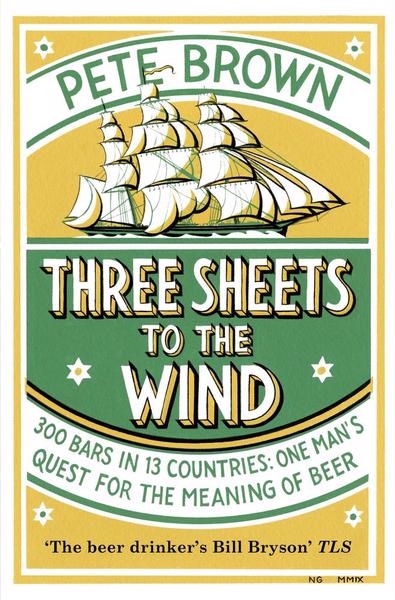 Three Sheets to the Wind

Meet Pete Brown: beer jounalist, beer drinker and author of an irreverent book about British beer, Man Walks Into A Pub. One day, Pete's world is rocked when he discovers several countries produce, consume and celebrate beer far more than we do. The Germans claiPete Brownm they make the best beer in the world, the Australians consider its consumption a patriotic duty, the Spanish regard lager as a trendy youth drink and the Japanese have built a skyscrapter in the shape of a foaming glass of their favourite brew. At home, meanwhile, people seem to be turning their back on the great British pint. What's going on?

Obviously, the only way to find out was to on the biggest pub crawl ever. Drinking in more than three hundred bars, in twenty-seven towns, in thirteen different countries, on four different continents, Pete puts on a stone in weight and does irrecoverable damage to his health in the pursuit of saloon-bar enlightenment.

'A fine book. . . the exact tone that a work on this social drug requires.' The Times

'Over 300 bars later and the man still manages to make you laugh.' Daily Mirror

'Carlsberg don't publish books. But if they did, they would probably come up with Three Sheets to the Wind...' Metro

'A marvellous book which is as enlightening about the countries he visited as any travel guide.' Adventure Magazine