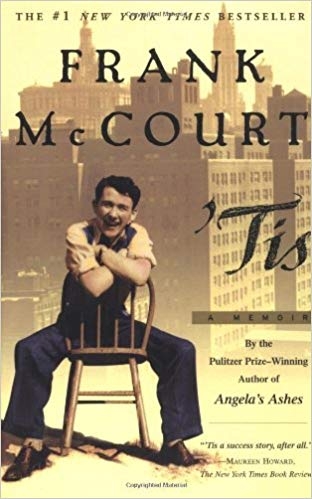 The sequel to Frank McCourt's memoir of his Irish Catholic boyhood, Angela's Ashes, picks up the story in October 1949, upon his arrival in America. Though he was born in New York, the family had returned to Ireland due to poor prospects in the United States. Now back on American soil, this awkward 19-year-old, with his "pimply face, sore eyes, and bad teeth," has little in common with the healthy, self-assured college students he sees on the subway and dreams of joining in the classroom. Initially, his American experience is as harrowing as his impoverished youth in Ireland, including two of the grimmest Christmases ever described in literature. McCourt views the U.S. through the same sharp eye and with the same dark humor that distinguished his first memoir: race prejudice, casual cruelty, and dead-end jobs weigh on his spirits as he searches for a way out. A glimpse of hope comes from the army, where he acquires some white-collar skills, and from New York University, which admits him without a high school diploma. But the journey toward his position teaching creative writing at Stuyvesant High School is neither quick nor easy. Fortunately, McCourt's openness to every variety of human emotion and longing remains exceptional; even the most damaged, difficult people he encounters are richly rendered individuals with whom the reader can't help but feel uncomfortable kinship. The magical prose, with its singing Irish cadences, brings grandeur and beauty to the most sorrowful events, including the final scene, set in a Limerick graveyard.