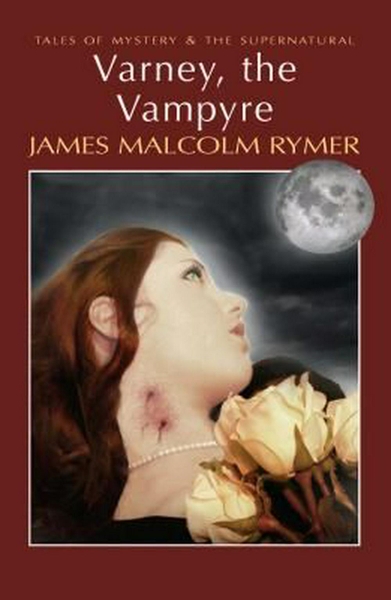 Varney the Vampire; or, the Feast of Blood had a humble beginning as a serialized gothic horror story that ran in penny dreadfuls from 1845 to 1847. It was finally published in book form in 1847. Varney the Vampire introduced many of the themes and devices used in vampire fiction even to this day: Varney has fangs, leaves two puncture wounds on the necks of his victims, has hypnotic powers, and has superhuman strength. Unlike later fictional vampires, however, he is able to go out in daylight and has no particular fear or loathing of crosses or garlic. In addition, he can eat and drink in human fashion when needed for disguise, but human food and drink do not generally agree with him.

Varney also introduces the concept of the “sympathetic vampire.” He loathes his condition, but is a slave to it. This concept has remained a theme throughout much of vampire literature, including such characters as Countess Zaleska in the film Dracula's Daughter, Barnabas Collins in the television show Dark Shadows, Mick St. John in the television show Moonlight, Louis in Anne Rice's Interview with the Vampire, Kain in Legacy Of Kain, Morbius in Forever Knight, Angel and Spike from the show Buffy the Vampire Slayer, Bill Compton in Charlaine Harris' The Southern Vampire Mysteries, and Edward and his family in Stephanie Meyer’s Twilight series (who solve the problem by going “vegetarian”— drinking only animal blood instead of human).