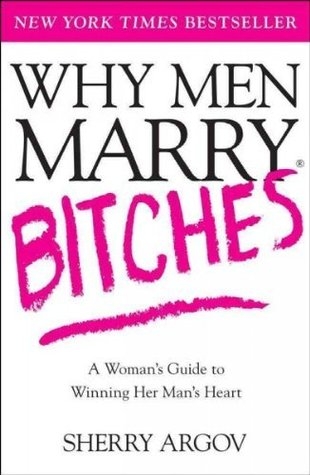 Make him chase you...Until you catch him.

Never shy and always laugh-out-loud funny, Sherry Argov's Why Men Marry Bitches is a sharp-witted manifesto that shows women how to transform a casual relationship into a committed one. With the grittiest of girlfriend-to-girlfriend detail, Argov removes the kid gloves and explains why being extra nice doesn't necessarily mean he'll be more devoted. The guide shares real-life "no holds barred" interviews with men who answer the following in raw detail:

How do men manipulate a relationship to keep it casual?

How can she convince him commitment was his idea?

How can she invite a proposal without saying a word?

Whether you are single, married, recently separated, or just fed up with your family members telling you to fetch a husband because time is running out, Why Men Marry Bitches is the must-have guide that will show you how to exude confidence, win his heart, and get the love and respect you deserve.