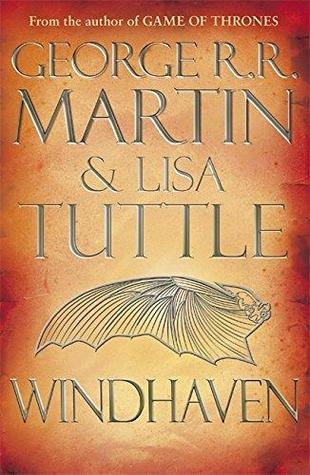 If Windhaven weren't a fantasy book, it would be a selection for Oprah's books club, in the best sense. It tells the life story of a girl whose desire is so strong that it literally changes her world.

Maris wants nothing more than to fly. But she is land-bound: she was not born into a family of flyers, those who inherit their wings from their ancestors and convey messages, songs, and stories between the isolated islands of Windhaven. She convinces the flyers to break their ancient dynastic traditions for a selfish reason--to gain a pair of wings. In so doing, however, she opens the skies to all the hopeful land-bound, with serious social and political repercussions for both populations.

Each of the five chapters relates a different incident in Maris's struggle to first become a flyer and to then open the skies, and the flyers' minds, to the rest of the land-bound. They are told in sequential order as Maris ages, but resemble short stories featuring the same character more than chapters in a novel. Although the background in each certainly enhances the understanding of the following one, this knowledge is not at all essential to appreciating each chapter as a discrete entity that can stand alone.

Windhaven is a thought-provoking book, challenging us by depicting the potential consequences when young idealists break ancient traditions. The authors gave us a heroine, a planet, and a story that teach as they entertain.