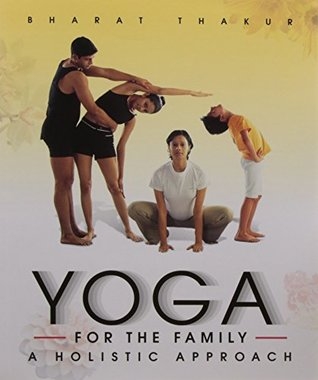 Yoga for the Family

Yoga is simply the synthesis of an awakened spirit and a healthy body. The practice of yoga increases the bodys strength and resilience, and improves its overall well-being, without aggressively interfering with its natural functioning. It makes one shift from dependence on physical attributes to a more intellectual plane of being. It is a practical science aimed at the ultimate realization moksha. Yoga for the Family is an effort to introduce the whole family to the enjoyment of the effects of yoga, which leads to the last door of knowledge. The purpose of the book is to remove the misconception that yoga is only for the elderly and the sick. The book is divided into separate sections such as yoga for couples, yoga for pregnant women and yoga for children.Yoga for the Family also offers a 41-day transformation process Kayakalp which aims at reversing the ageing process, in the tradition of the ancient masters and scholars. This book is a holistic approach that aims to foster growth at all levels: physical, mental, emotional, psychological and spiritual.About the AuthorBharat Thakur is a Himalayan master with an extraordinary background. He was chosen by his master, Sukhdev Brahmachari, at the age of four, and taken to the Himalayas where he lived for fourteen years. He studied yoga and related subjects, such as ayurveda, tantra, and mantra. He also studied Sufism, Jainism and Buddhism, and then returned from the Himalayas to step into normal education. He finished his graduation and subsequently his post-graduation in exercise physiology and yoga from the Lakshmibai National College of Physical Education, Gwalior. Thakur lives in Mumbai and Delhi, and travels throughout the world teaching people ancient yogic meditation techniques that have improved and changed their lives in powerful, subtle and unexpected ways. He has also authored numerous books on yoga, including Yoga for All, published by Roli Books