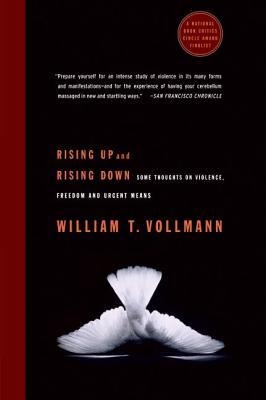 Rising up & Rising down

Twenty-three years in the making, Rising Up and Rising Down (the original, published by McSweeney's in October 2003, spans seven volumes) is a rich amalgam of historical analysis, contemporary case studies, anecdotes, essays, theory, charts, graphs, photographs and drawings. Convinced that there is "a finite number of excuses" for violence and that some excuses "are more valid than others," Vollmann spent two decades consulting hundreds of sources, scrutinizing the thinking of philosophers, theologians, tyrants, warlords, military strategists, activists and pacifists. He also visited more than a dozen countries and war zones to witness violence firsthand -- sometimes barely escaping with his life.

Vollmann makes deft use of these tools and experiences to create his Moral Calculus, a structured decision-making system designed to help the reader decide when violence is justifiable and when it is not.